Have a Joyful and Safe Holiday Season

Home/Have a Joyful and Safe Holiday Season
Previous Next

Have a Joyful and Safe Holiday Season 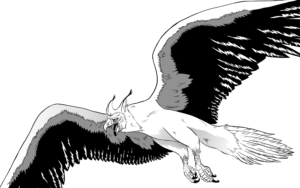 H’Ilgraith [as an owl] had been so focused on the fortress and the wagon, she was unaware that she had been spotted. A harpyacalgryph [hăr-pē-ă-căl-grĭf], a hybrid aerial predator that had been released by the Cassius Foundation, had flown into the forest and settled in the canopy before H’Ilgraith arrived. Silent and motionless, it watched the arrival of the owl and noted where the bird had landed. As long as the harpyacalgryph remained still, the sharp-eyed owl would not see it. So, it too watched and waited. An unwary owl would make a fine snack for a hungry harpy.  (Excerpt from H’Ilgraith, Sister of the House of H’Aleth.)

December is a month of many celebrations, both religious and secular, with messages of peace and goodwill to all.  It is also the month of Safe Toys and Gifts and the month of National Drunk and Drugged Driving Prevention.

An estimated 251,700 toy-related injuries were treated in emergency rooms in 2017 (Tu, 2018).  Approximately one third of these occurred in children under the age of five.  Safety tips and age-related toy recommendations for infants, toddlers and preschool children, and school age children may be found at https://kidshealth.org/en/parents/safe-toys.html.

In 2017, over 3,000 people died in traffic accidents as a consequence of distracted driving (NHTSA).  Texting while driving was a major contributor.

In 2018, over 10,500 people died in traffic accidents involving alcohol-impaired (drunk) drivers (NHTSA).  The likelihood (odds) of being involved in a fatal traffic accident are 18 times greater when the driver is under the influence of alcohol (Li & Chihuri, 2019; Li, et al, 2017).  Driver use of opioids and marijuana also increase the odds, especially when taken in combination with alcohol.  The main psychoactive ingredient of cannabis, tetrahydrocannabinol (THC), impairs driving performance (Arkell, 2019).

Many drugs ‒ both prescription and nonprescription ‒ impair performance, including some drugs that are available over the counter (e.g., antihistamines).  Any agent that causes sleepiness and/or alters perception in a driver – including alcohol, opiates, THC, or any combination of them – spikes the risk of all drivers becoming involved in a fatal accident, even if you were not the one taking these agents.

Avoid driving after using any agent or ingredient that is potentially sedating or may alter perception.  Don’t let anyone tell you and don’t tell yourself:  “It’s okay.  I’m not going that far.”