The outbreak of Covid-19 effectively stopped all book signing events in 2019.  Book stores suspended author events, and book fairs / festivals were cancelled due to the outbreak.  Events resumed sporadically in 2021 and resumed in earnest in April of 2022.  In the interim, H’Ilgraith was published in 2020 and has received several accolades.

Upon publishing a second book, I was informed that an author may not have just two related books.  At that point, one must have a trilogy.  “According to whom?”  I inquired.  It was an academic question, given the presumption that I would pen a sequel.

For your convenience, brief summaries of each book with reviewers’ commentaries are provided below.

Homo transformans:  The Origin and Nature of the Species (2018)

“An inventive mix of SF and fact that should engross a wide range of readers.”  Kirkus Reviews

“The genius of the book is the interweaving of the genetics with the engaging story.”  Gretchen Wagner, Manhatten City Book Review.

“It was a very enjoyable book to read. The author creates a believable world that is easy to get involved in.” Ralph Peterson, San Francisco City Book Review.

This story describes the rise of a new species of human, Homo transformans, and the conflicts that arise from their ability to transform into different animal species – including apex predators.  Two highly antagonistic factions sought to harness these capabilities to achieve power and dominance in society.  Gene functions and the (imaginary) genetics of transformation support an innovative story of how some Homo sapiens became Homo transformans.

“A blending of science-fiction and fantasy that gets it right.”  IBPA Benjamin Franklin Award Judge.

“Young readers will love the magic and fantasy as well as the non-stop dangers and action.” Diana Perry, Reviewer, Midwest Book Review.

In the first book, Homo transformans: The Origin and Nature of the Species, an old woman played a pivotal role in saving and protecting a young girl.  H’Ilgraith recounts the story of the old woman and her adventures as a youngster and a young woman.  It reveals how her personality and her alternate species – a gray fox, a lynx, a badger, and a great horned owl – forged an independent, resourceful, and driven individual. One day, she confronted a gray mountain wolf who tested her patience and changed her way of life. 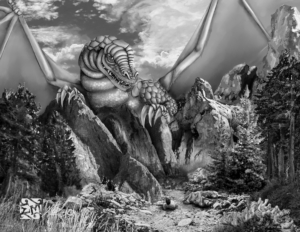 “This is a compelling read…it is a novel that leaves me with a sense of hope…interspecies cooperation and unity prevails, creating a vision of strength through diversity.”  Cheryl Romanek, former Managing Editor for Creative Services at J.D. Edwards.

Raephela continues the saga of H. transformans. After the Cassius Foundation’s crushing defeat, communities of H. transformans and H. sapiens gradually recovered. Meanwhile, Raephela, new leader of the Cassius Foundation, enslaved captured H. transformans and H. sapiens and ordered her lieutenants to restore the army. A ruthless tyrant, she demanded that her geneticists create evermore violent animal hybrids, which she used to terrorize and crush anyone that resisted her rule.