From Homo transformans:
The Origin and Nature of the Species
Illustration by Epic Made

The child sensed a being hiding nearby and prudently decided to give no sign that she knew someone else was present.  There were many frightened creatures in the village who wished to remain in hiding.  When the child came too close, a half human-half animal hybrid suddenly appeared.  It had a disfigured face and a fierce visage.  The child froze.  (Excerpt from Homo transformans:  The Origin and Nature of the Species.)

There is a general consensus that the celebration of Halloween is derived from Hallows’ Eve.  All Hallows’ Eve is strongly associated with – and may be partially derived from – the ancient Celtic festival of Samhain.  Samhain celebrates the end of summer (October 31) and the beginning of winter (November 1).  During the eve of Samhain, the souls of the dead (ghosts) are thought to arise and mingle with the living.  Evil spirits, demons, witches, and other creatures might be among them.  Some people may have worn masks to avoid being recognized or to frighten them away.  Others offered gifts to satisfy the spirits so they would move on.

Of Myths, Monsters, and Creatures that Haunt the Night

“There are many strange and unnatural creatures roaming throughout our territory,” said Master Chernavich.  (Excerpt from Homo transformans:  The Origin and Nature of the Species.)

In the novels Homo transformans: The Origin and Nature of the Species and H’Ilgraith, Sister of the House of H’Aleth, many frightening creatures traverse the land, both day and night.  Here are just a few of them to haunt your dreams and Halloween night. 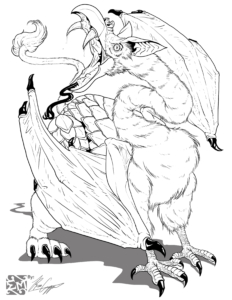 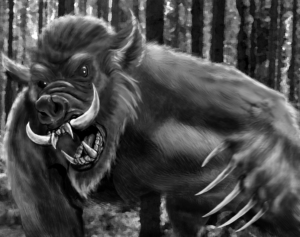