Home/Speaking of Winter’s Chill….
Previous Next 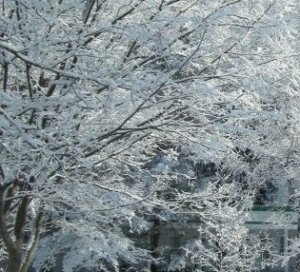 With the child’s help, the old woman built a small shelter made of stones and set in mortar.  Just outside the shelter, she dug a shallow covered pit for a fire.  It was close enough to the shelter’s entrance that both she and the child could tend the fire from the doorway and protect it, if necessary.  It also would be close by during the winter when they would need to heat hearth stones for warmth.  It took months to build the shelter and fire pit.  They finished their labors just in time for the first snowfall.  (Excerpt from Homo transformans:  The Origin and Nature of the Species)

Frostbite is an injury to the skin caused by exposure to extreme cold (Fudge, 2016; Sachs, et al., 2015).  It most often affects exposed areas of the body such as fingers, toes, ears, nose, and cheeks.  Environmental conditions affecting the risk of frostbite include ambient temperatures below freezing, wind chill effects, altitude, and humidity (Carceller, et al., 2019; Fudge, 2016).  Personal factors affecting the risk include protective clothing such as gloves, hats, and scarves.

Cold temperatures make blood vessels constrict and blood flow sluggish.  This leads to inadequate blood flow and oxygen delivery to the tissues.  If promptly reversed, tissues will recover.  Persistent exposure to cold, however, leads to the formation of tiny ice crystals in tissues. Injury caused by ice crystals and lack of blood flow lead to tissue death (gangrene).

If frostbite is suspected, move to a warm environment and seek medical treatment as soon as possible.  If not immediately available, slow warming may include bathing affected tissues with tepid or lukewarm water (Sachs, et al., 2015).  Avoid rubbing the affected area or applying heat which, paradoxically, increases tissue damage.