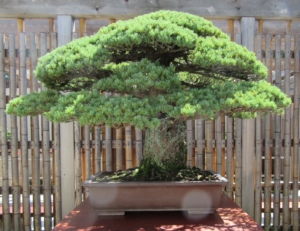 Sisters of the House of H’Aleth and their descendants often lived well over one hundred years of age.  Yet, they rarely reached 120 years old before they died.  H’Ilgraith was in her eighties when she fled from the destruction of H’Aleth.  She might have exceeded the venerable age of one hundred had it not been for the hardships of living in a Cassius village.  The burden of survival under those conditions aged her physically and shortened her life span accordingly.  (Excerpt from Homo transformans:  The Origin and Nature of the Species.)

There is no single factor that accounts for why some people live longer than others.  Longevity may be affected by several cellular functions that slow biologic aging.  Chronic stressors, including disease, are associated with hastening physical aging.  Factors that promote aging include damage to DNA, less effective DNA repair mechanisms, fewer protective mechanisms (e.g., anti-oxidants), and stress.

Genetics may account for 20% to 30% of the life span in humans (Khan, et al., 2017).  Nevertheless, there seems to be a familial tendency to long life.  Children of parents who are long-lived also tend to be long lived.

Cells that can replicate themselves can provide a renewable source of freshly minted cells to replace those that have died.  These cells have a tail ‒ strands of DNA known as telomeres ‒ which protects them until they are lost through attrition (Patrick & Weng, 2019; Shay, 2016).  The tail shortens each time the cell divides (mitosis) – one telomere at a time – until the cell can no longer undergo mitosis and ages.  Eventually, it, too, will die a natural death (apoptosis).  This process decreases the likelihood of errors occurring when a cell’s DNA has been copied too many times.  Yet, even though the cell has died, it leaves many progeny to carry on.  Recent evidence shows that telomere length may be an inherited trait (Delgado, et al, 2019).

May your New Year be filled with good fortune and good health, and may your telomeres be long.